“One day I will go on a trekking trip to Ladakh.” Surely, this one sentence is always on the mind and tongue of every traveler as there can be no better way to explore the scenic heaven called Ladakh than to embark on a trekking expedition. But every now and then the idea of going on Ladakh trekking expedition is consumed by fire as exploring its hidden treasures would take good 15-20 days. And taking such a long break from our professional commitments can be really tough. However, the idea of our dream vacation keeps on resurrecting meaning somewhere like a phoenix. But this time take care of your dreams and don’t let it turn to ashes in your mouth. I have come up with a list of the best treks in Ladakh that can be covered over a week-long break. So, have a look at them and quench your undying thirst for adventure. 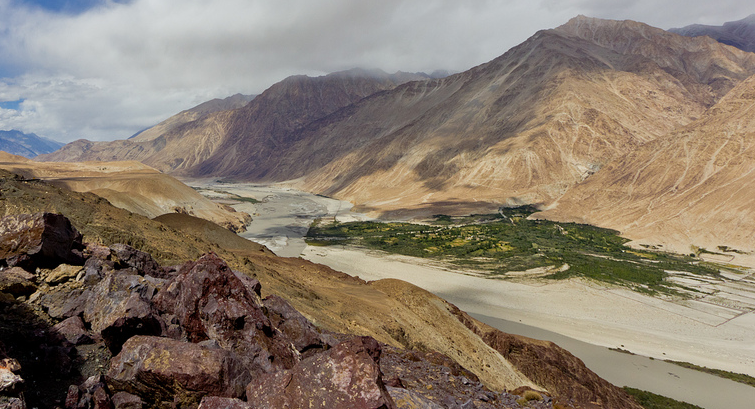 Regarded as easy to moderate, the trek from Saboo village to Khalsar via Digar will give you the best and shortest introduction of Ladakh’s culture and its scenic beauty. During this six to five day’s bumpy trek, you can see the sacred monasteries; meet and greet the local people, and get to know about their lifestyle little better. The trek commences from the mesmerizingly beautiful Saboo Village. From Saboo, you will trek to Saboo Phu and then to Digar Village, from where you can see the stunning view of Stok and Karakoram range. Further, you will trek to the east side to reach the Shyok Valley, which leads to Khalsar on the Leh-Panamik road. The last destination of the trek is Diskit. 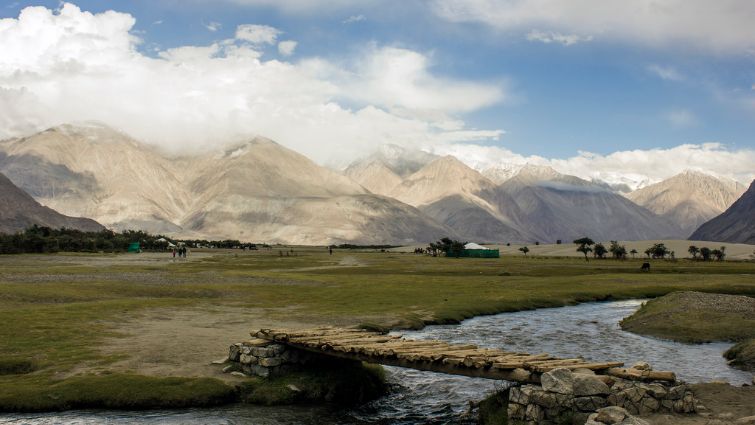 When it comes to the thrilling treks that can take you to a spine-tingling journey in the shortest period then surely, definitely and certainly Saspotse to Skuru Trek would be the best contender. This action-packed week long trek commences with a 65-kilometer long drive cutting and running through the intervening valleys and mountain ranges further accompanied by Indus valley throughout the journey. The trek commences at Saspotse village, just behind Likir and passes through Phyang, Lasermo high camp, Drok Yokma, Hunder Drok, and Hunder. Your journey will end at Nubra Valley, a wonderland known for sand dunes, monasteries, a ruined palace and a whole different culture (Balti) to discover. 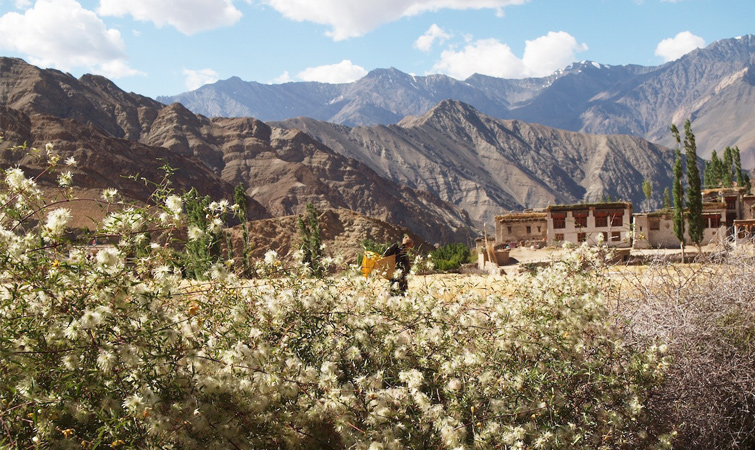 People who are new to trekking, highlight this place in BOLD writers as your start just can’t get better than this. It’s not only easy but also will give you the best introduction to Ladakh’s supernatural beauty and its capability to rejuvenate. Counted amongst the easiest treks in Ladakh and that’s why known as Baby Trek, Sham valley trek is a heady mixture of stunning sceneries and culture. The trekking expedition commences from Likir and ends at Nurla by cutting and running through few highland passes like Phobe La at 3580 meters, Mebtak La at 3750 meters and Tsermangchen La perched at 3750 meters.

For all those who wants their trekking trip a mixture of the adventure and sightseeing then Lamayuru-Chilling trek is what they’re looking for. The trekking expedition starts from the 11th century Lamayuru monastery, which will further lead to Sham Valley. The movement you will leave Sham Valley, you will see such startling views that closing eyes for a second will be impossible. Further, you will cover destinations like Wanla, Hinju, Sumdha Chenmo and Dudunchen La before finally reaching the beautiful village of Chilling in the Zanskar Valley. This trekking expedition is so beautiful that not even for a single second you would want to close your eyes and leave that beautiful view. 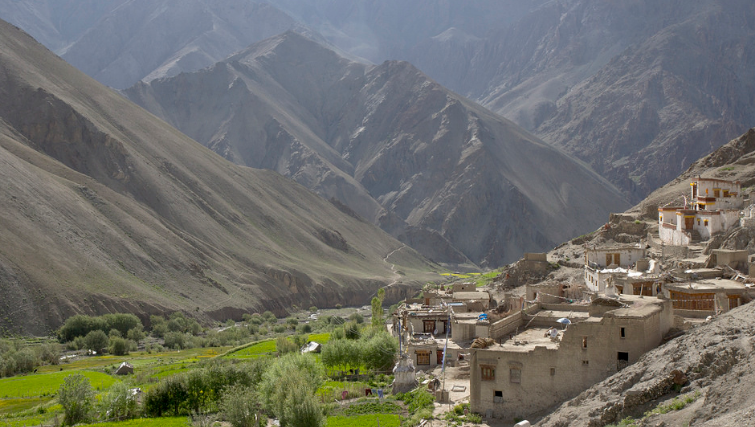 No other trek can give the better introduction to Ladakh’s wildlife than the Spituk to Matho Trek, which mainly revolves around the Hemis National Park. During this five days trekking expedition, you will see the high-altitude flora and fauna, amazing rock formation, and not to forget the stunning view of the mountains. Commencing from Spituk, the trek passes through the attractions like Zingchen, Rumbak, Mankorma, Stok La, and Matho Phu before reaching Matho La.

5 Treks You Must Venture Out on This Summer in Ladakh

Ladakh – 7 Reasons Why Ladakh Should Be Next Holiday Destination!
0 replies

Follow Me!
5 Treks You Must Venture Out on This Summer in Ladakh