Leh Ladakh a destination with adventure sports like Rishikesh or Manali where you can experience adventure sports like bungee jumping, paragliding, river rafting or cliff climbing lets you discover your wild side whilst the mountains and hill stations of Manali, Ooty allow you to connect with nature by offering serenity and peace, the mesmerizing sight of sunset or the warm yet cool sunrise make the hill stations and mountains, even more, appealing further adding to the already lush/ green biome and the cool and/chilly weather it offers. There is something special about mountains that puts them on the top ranks in everybody’s travel diaries and wish-lists. And one name that certainly belongs to that list is Leh-Ladakh.

Everybody has some ‘must visit once’ place in their list of places and leh-Ladakh is a popular name for that and this is why we are going to discuss everything about this place because surely, many of you might be scratching your heads, thinking what is so special about Leh-Ladakh that it’s a place most travelers aspire of visiting at least once in their lifetime. 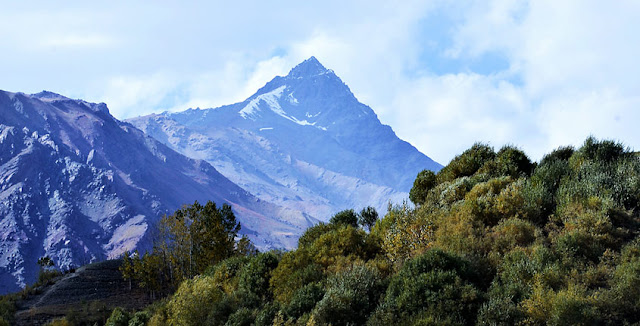 Leh Ladakh tour packages have, of late, become very popular among travelers of all age groups and travel tastes. In a nutshell, everything that makes Mountains so special is even better at leh Ladakh but that is not all and there are a lot of other reasons which add up to make the experience unmatchable. Everything from best time to travel this city, best places to visit in leh Ladakh, how to get the cheapest leh Ladakh tour packages, what is the best food and where to get it and so on. Anything that would constitute in making the most out of your leh Ladakh holiday package will be covered in this long article. So, grab a drink, and sit tight as we go along the discussion. So without further ado, let us get started.

Ladakh, popularly called ‘The Land Of High Passes’, extends from the Kunlun mountain range to the main Great Himalayas to the south. It is home to the people of Indo-Aryan and Tibetan descent. Ladakh region is divided into two districts Leh in the east and Kargil to the west. As mentioned, the major inhabitants of these districts are Tibetan people and Buddhism is a major religion that is practiced here. Ladakh is highly renowned for its mountainous splendor and not to forget a hospitable culture. 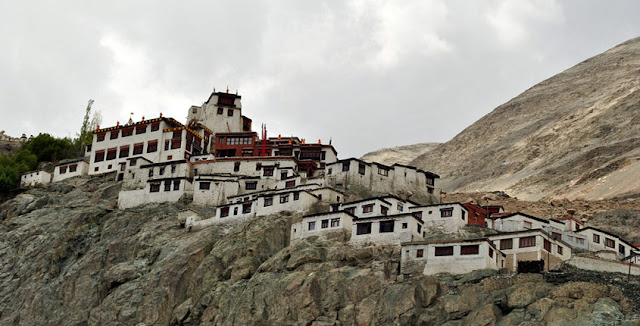 Whereas, Leh is a town in the Leh district of the Indian state of Jammu and Kashmir. It was the capital of the Himalayan kingdom of Ladakh, seated at the Leh palace, the former mansion of the royal family of Ladakh. The cold desert of Leh is the second largest district of the country with an expanse of more than 45000 km2 and is second only to another beautiful dessert which is the Kutch in Gujarat. Leh temperatures reach below freezing point in winters, the lowest temperature recorded in Leh was minus 23 degrees Celsius. In around the month of July, Leh experiences the highest temperature of 17.4 degrees Celsius.

One key attraction that rises from the Buddhist influence is the presence of Monasteries. These monasteries are centers that house a rare, beautiful and rich Buddhist relic and are easily top picks for the most beautiful places in Ladakh due to their location on top of hills. Sparse population, culture, and lifestyle has become the major attraction over the years for the tourists and has played a major economic role for the Leh Ladakh tourism. Most of the destinations to visit in this area are located at a height of over 10,000 feet above sea level. So, one of the first important things to be prepared for, during the trip should be acclimatization.

How to reach Leh Ladakh?

Leh Ladakh is amongst the highest motorable places but that doesn’t take away the connectivity to this place. It is well connected to major Indian cities via all three modes of transport i.e. Rail, Road and Air.

The Best time and the Best places to visit Leh Ladakh

One trip might not be enough to experience all the beauty which is trapped in the womb of Leh Ladakh. This cold desert stretches very long into the mountainous region and has a variety of categories of places to visit from lakes to glaciers to mountain passes to temples. For the trek lovers, this place is the closest place to heaven on earth. One of the most unique characteristics of the journey is that there is not a lot of specific destinations to visit as your journey is your destination.
May 15, 2019/0 Comments/by admin
https://www.lehtourism.in/wp-content/uploads/2019/05/stok-palace-13.jpeg 326 640 admin https://lehtourism.in/wp-content/uploads/2019/04/Overseas-holiday-logo-3-300x107.png admin2019-05-15 06:12:392019-05-15 06:39:10Tour Information of Leh Ladakh

Ladakh – 7 Reasons Why Ladakh Should Be Next Holiday Destination!

Follow Me!
How to plan a happy romantic honeymoon?

Ladakh – 7 Reasons Why Ladakh Should Be Next Holiday Destination!
Scroll to top